This 2005 Maserati Quattroporte was sold new in Georgia and is equipped with a 4.2-liter V8 paired with a 6-speed paddle-shifted DuoSelect transmission. The car is said to remain largely stock aside from an aftermarket exhaust and shows just over 82k miles. Service was reportedly carried out at the selling dealer’s shop during the last 10 years, prior to which dealer maintenance was performed under original ownership as indicated on the included Carfax report. Described as a driver-quality example by the selling dealer, this Quattroporte is offered at no reserve in Tennessee with a clear Georgia title. 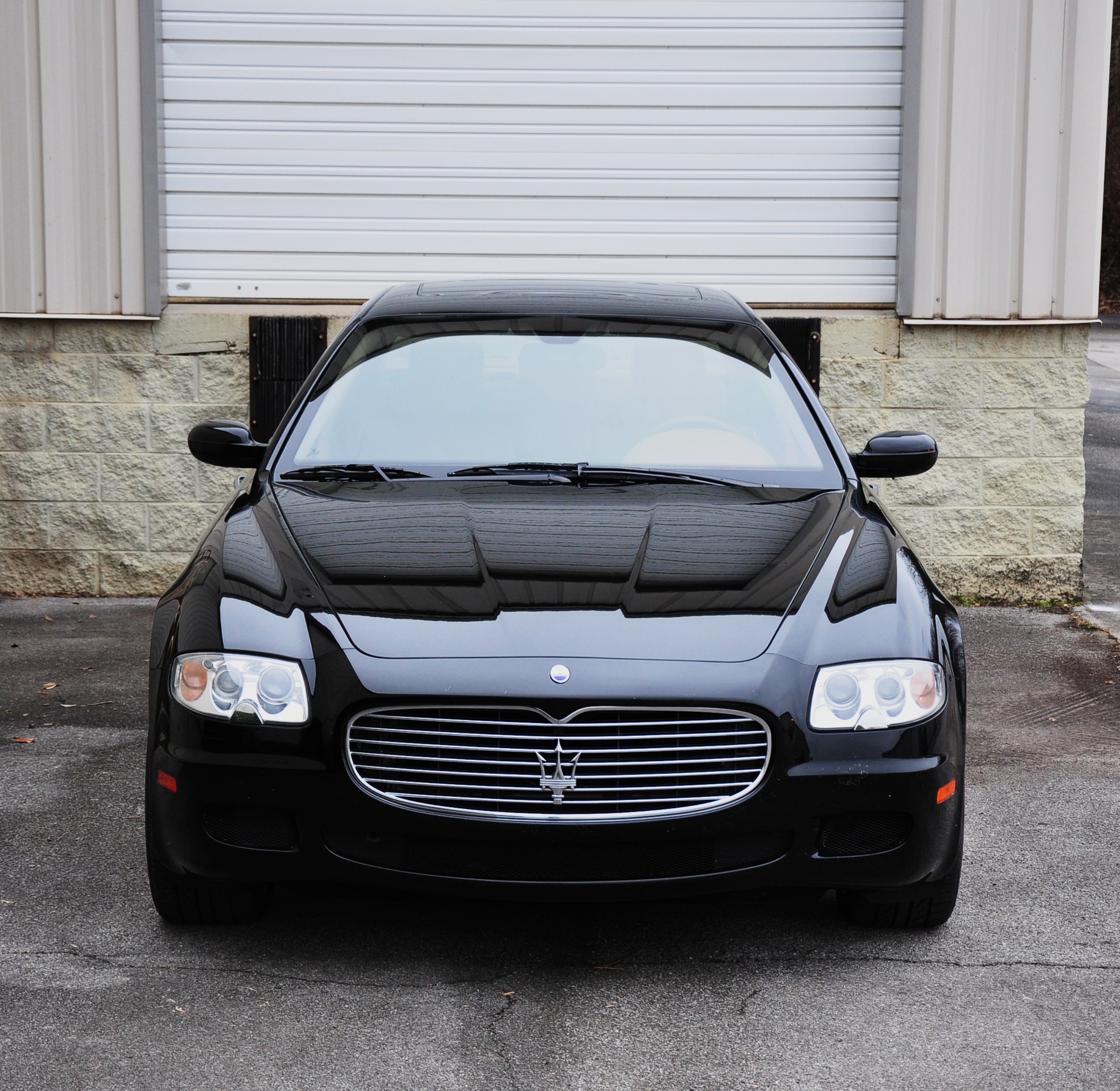 Fifth-generation Quattroportes were designed by Pininfarina over a 121” wheelbase. This example is finished in black over tan leather, and body panels are shown up close from a variety of angles in the gallery below. Imperfections noted in the finish include cracks ahead of the rear wheel and in the front bumper cover.

Electronically-controlled Skyhook suspension and Brembo disc brakes with four-piston calipers came as standard. Factory 19” nine-spoke alloys are wrapped in Pirelli P-Zero tires date-coded from 2010. A Vibrant performance exhaust system has been added. The tan leather interior is trimmed with contrasting black piping and carpets as well as an ultrasuede headliner, which is pictured in the gallery along with detailed images of the woodgrain trim, headrest crests, and Bose stereo system. Just over 82k miles are indicated on the digital odometer. Interior functions work properly according to the seller, though some buttons are noted as sticky and a check engine light for the camshaft position sensor occasionally illuminates. The 4.2L V8 produced 394 horsepower and 333 lb-ft of torque when new. The 6-speed transmission utilizes an electrohydraulic system to operate the clutch, and shifting is controllable by column-mounted paddle shifters. Per the seller, the clutch was replaced at 55k miles and is currently at 50% wear. An oil change was performed less than 500 miles ago, and dealership inspection reportedly found no issues. The Carfax report shows two owners in Georgia and lists a mileage inconsistency in July 2012 that appears to be corrected in later entries. Several videos are viewable below. 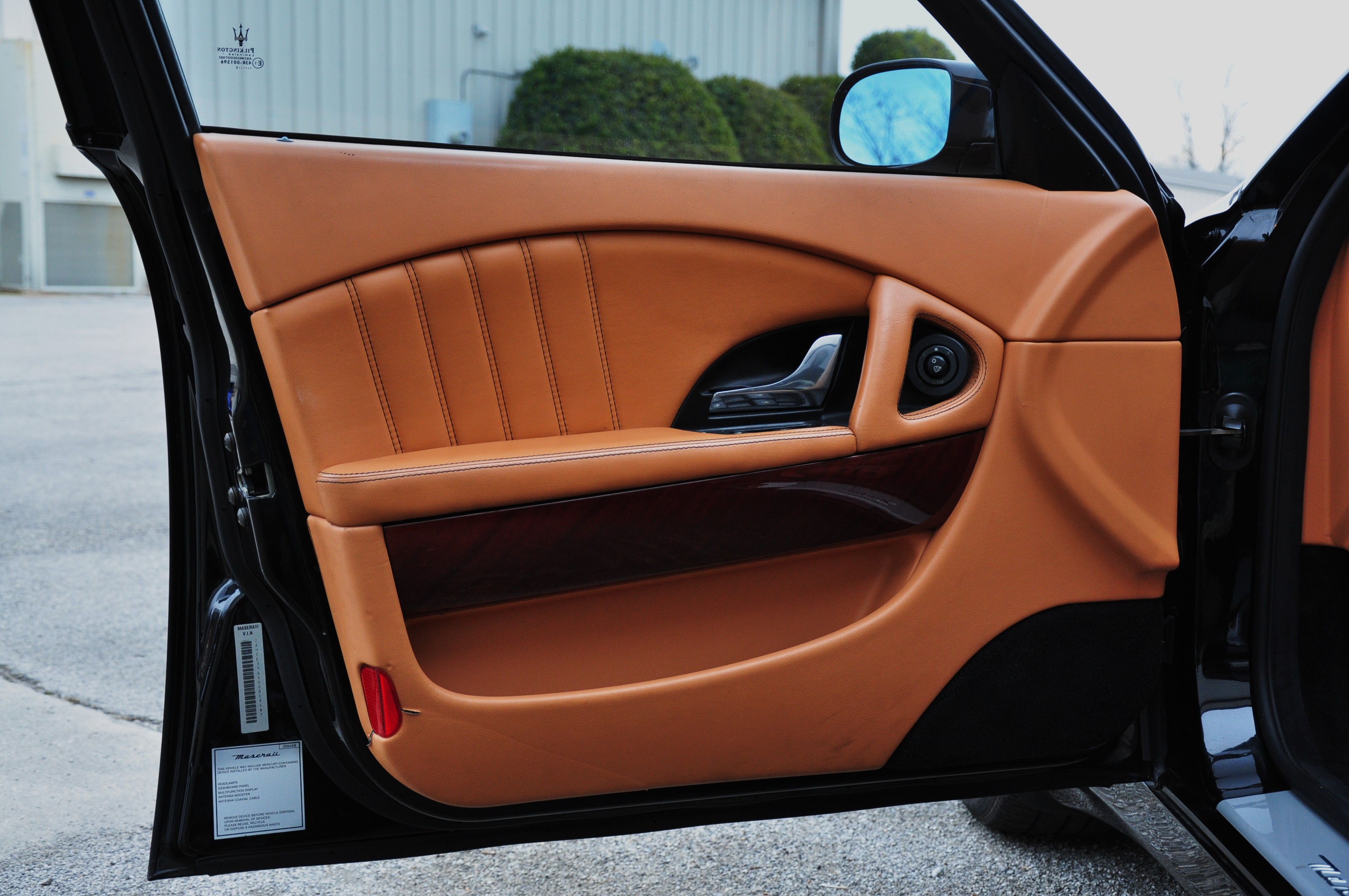 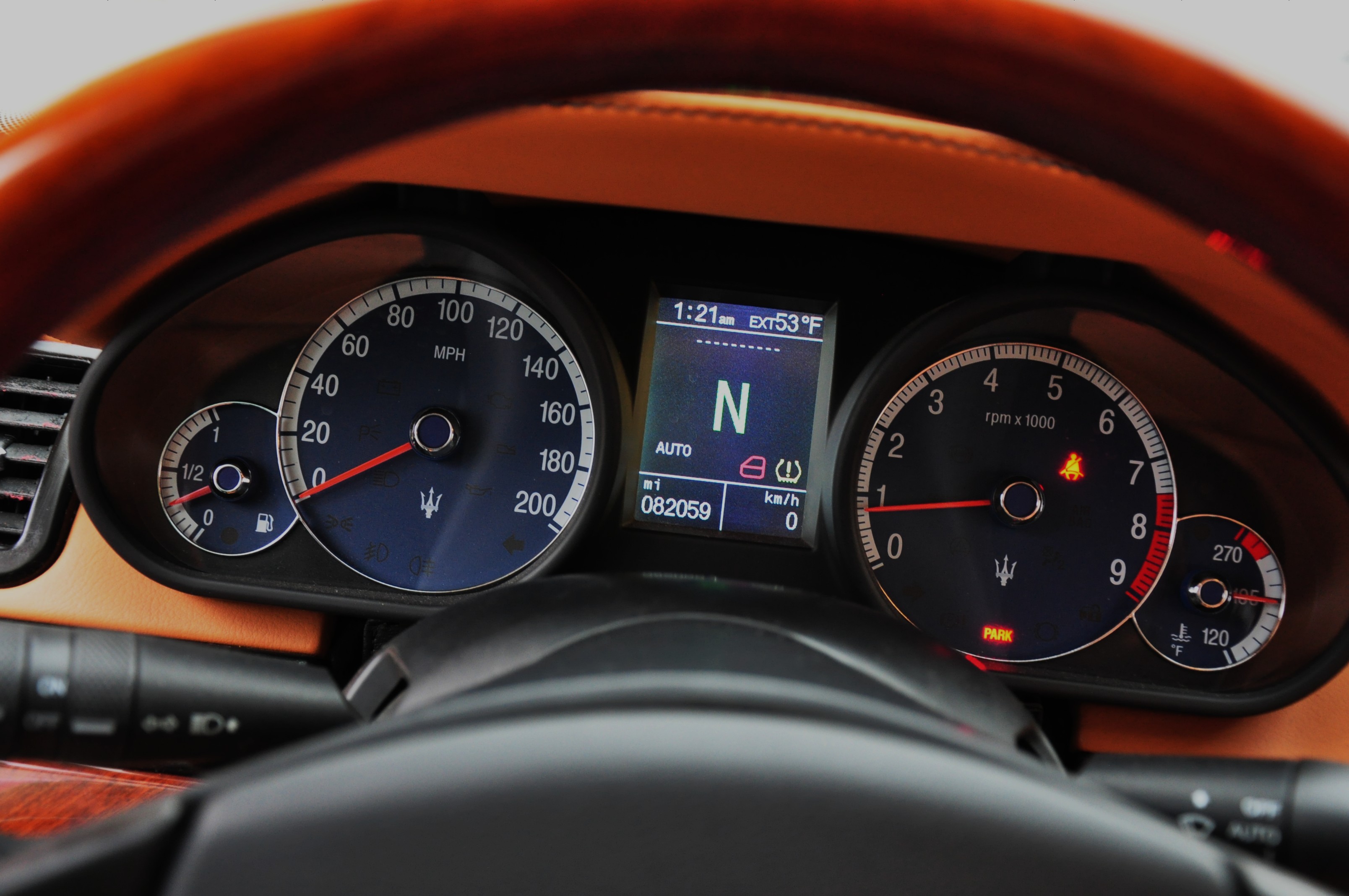 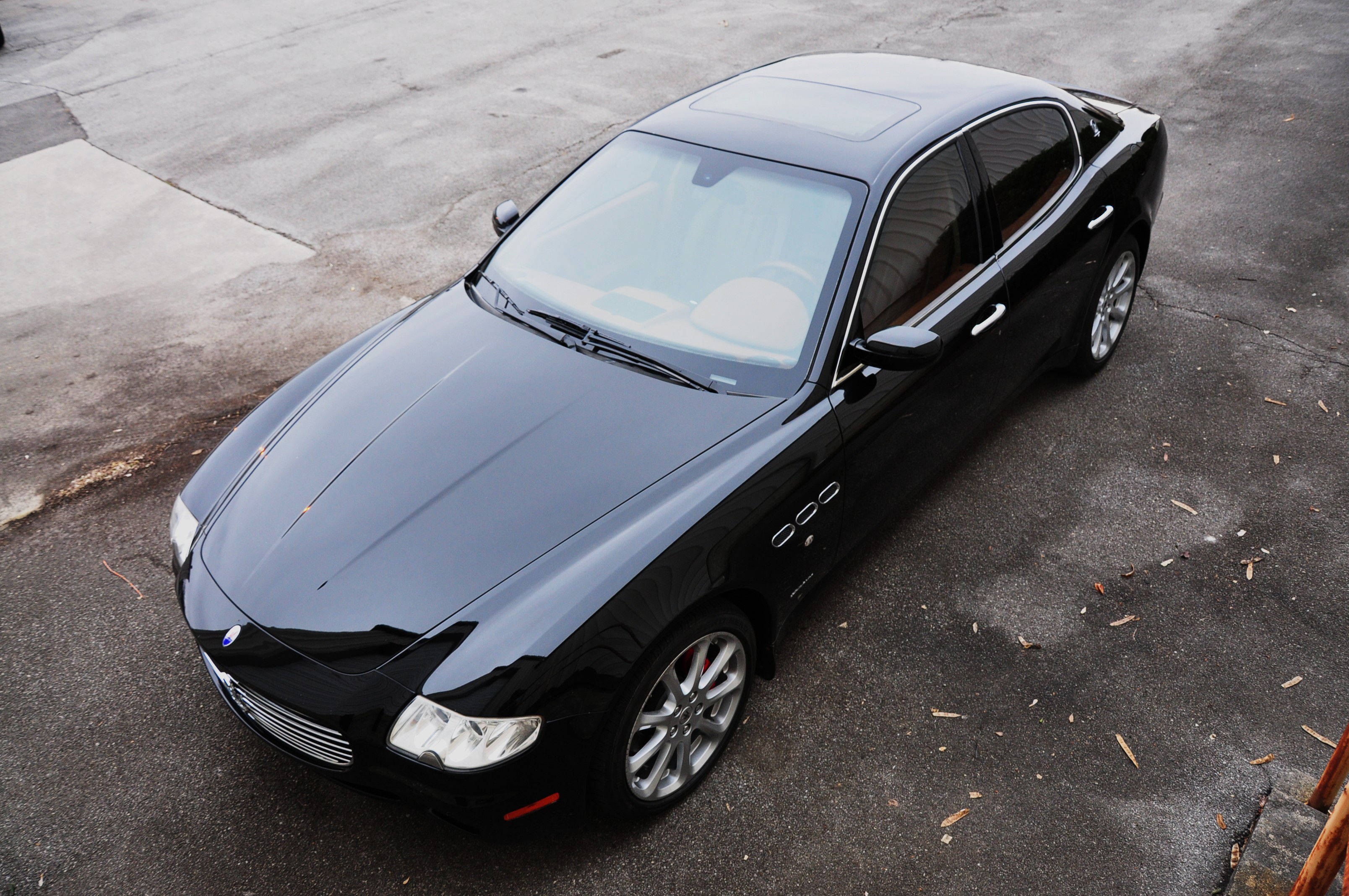 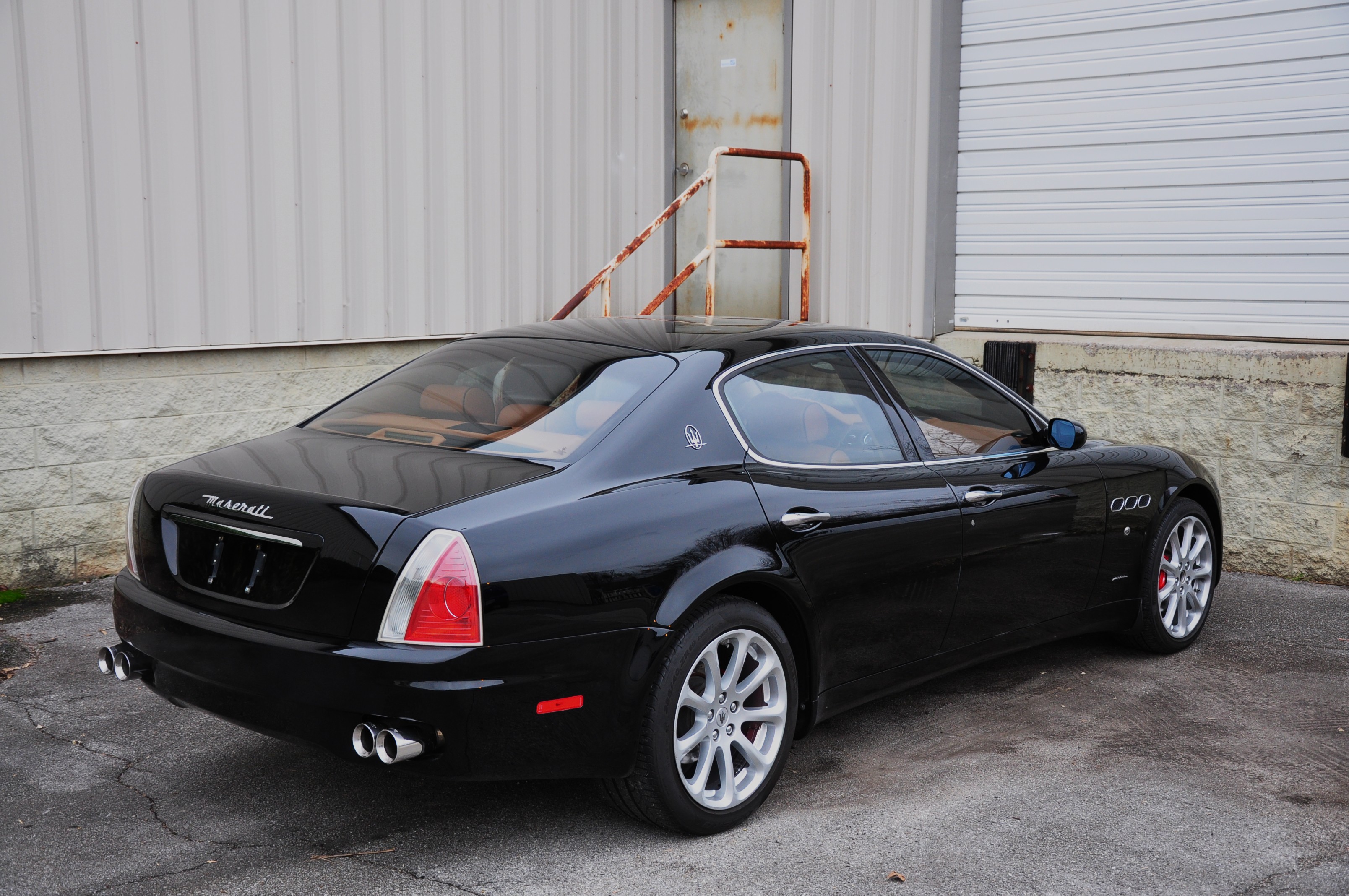 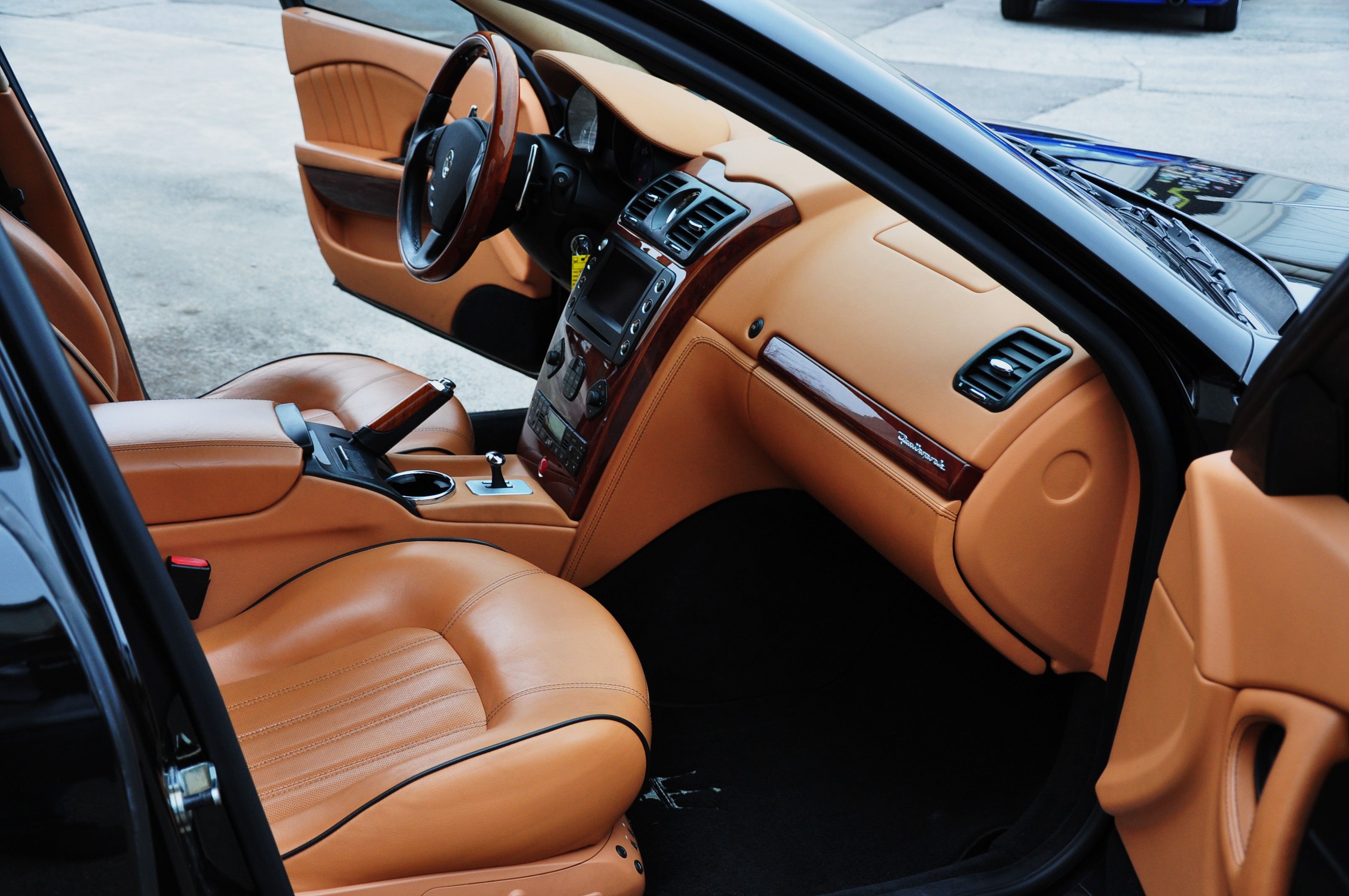 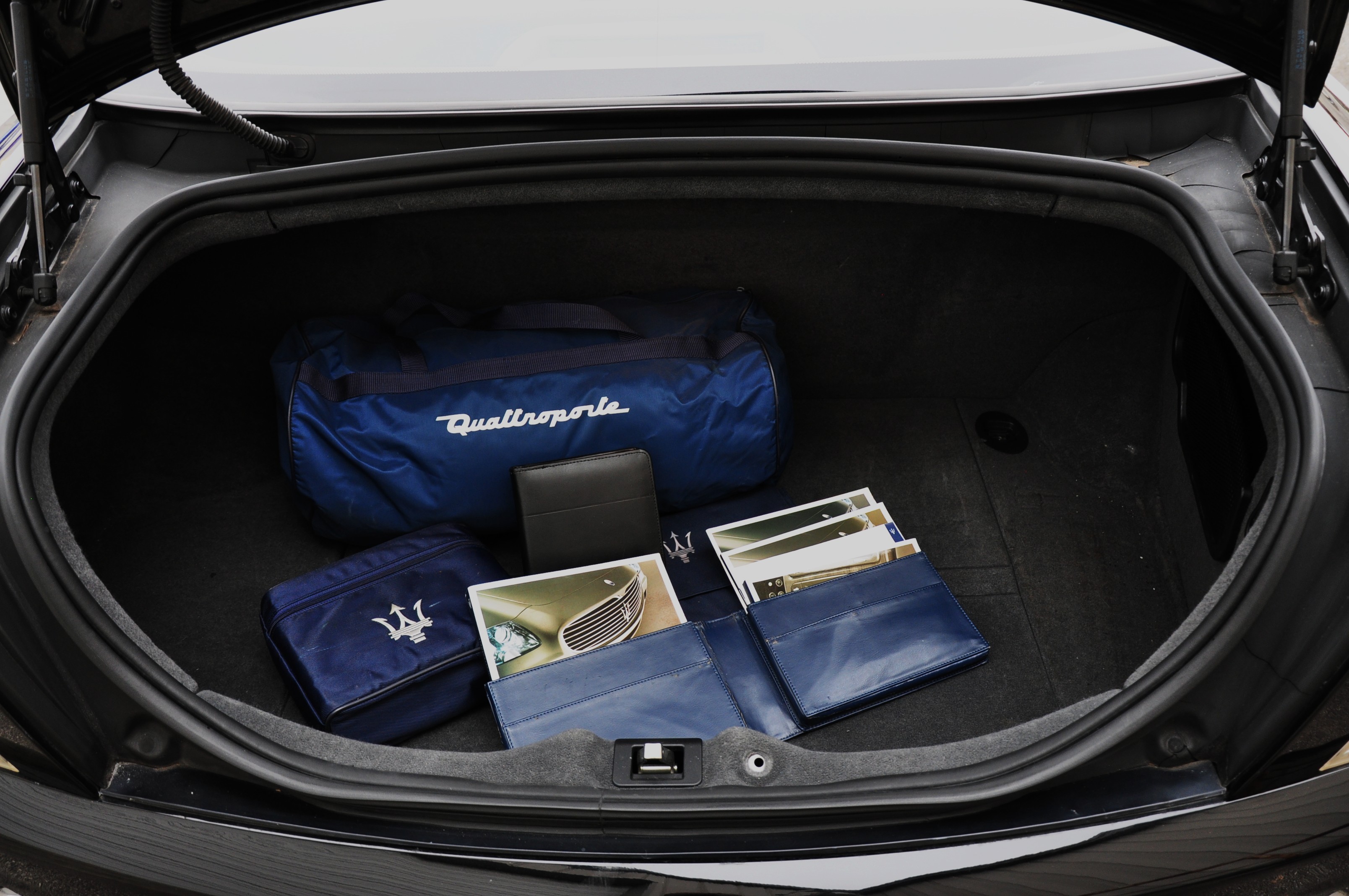 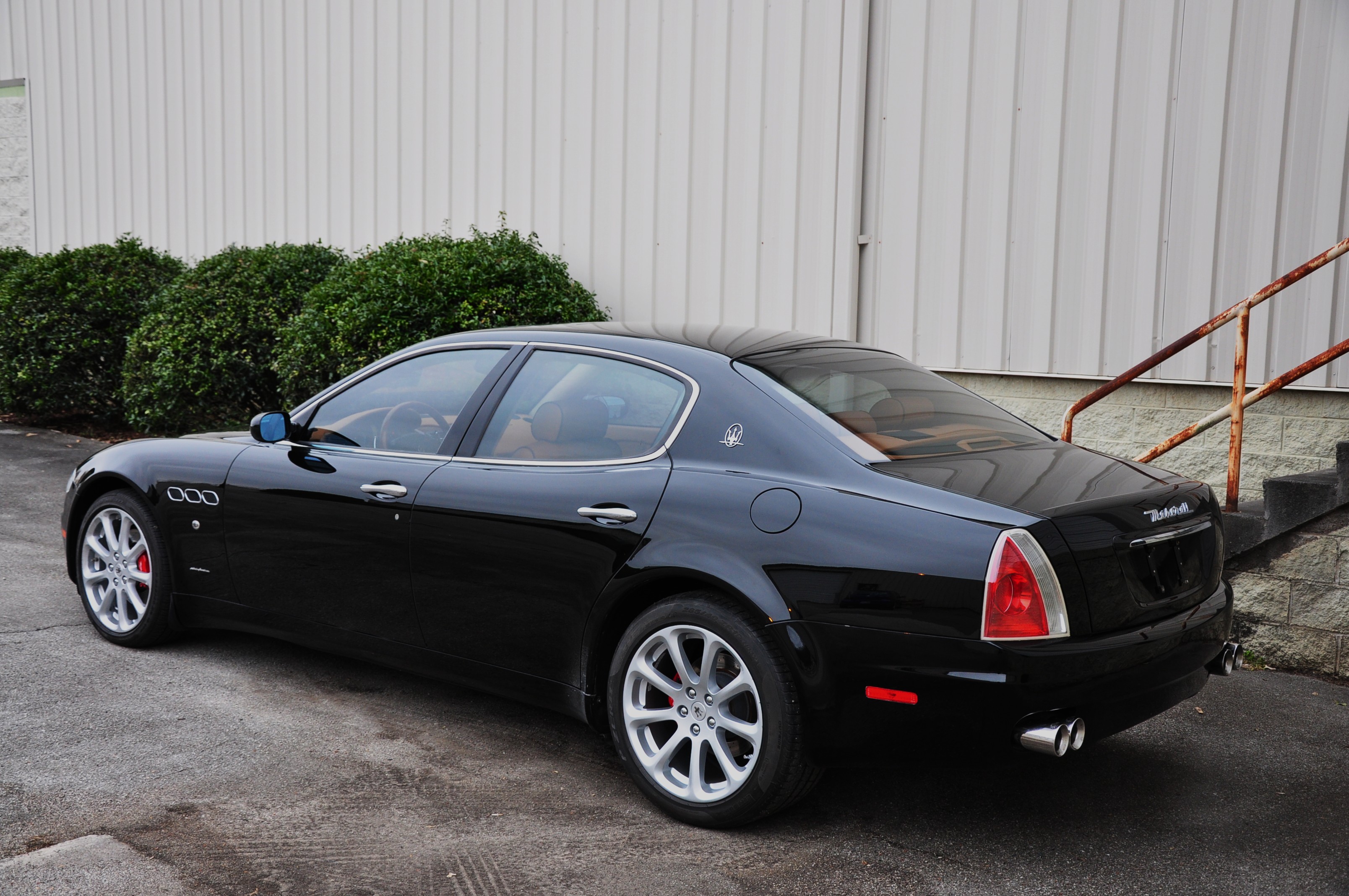 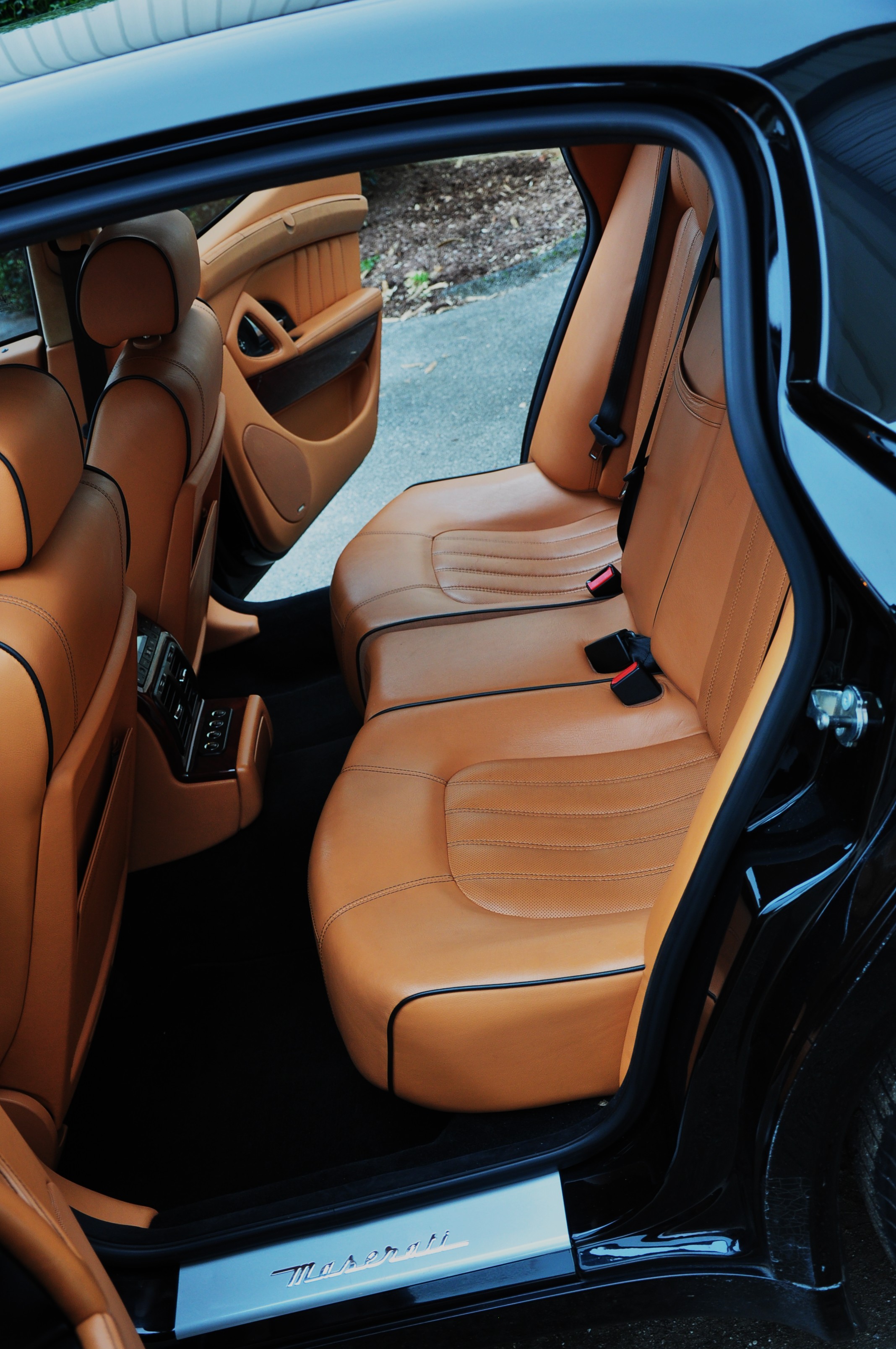 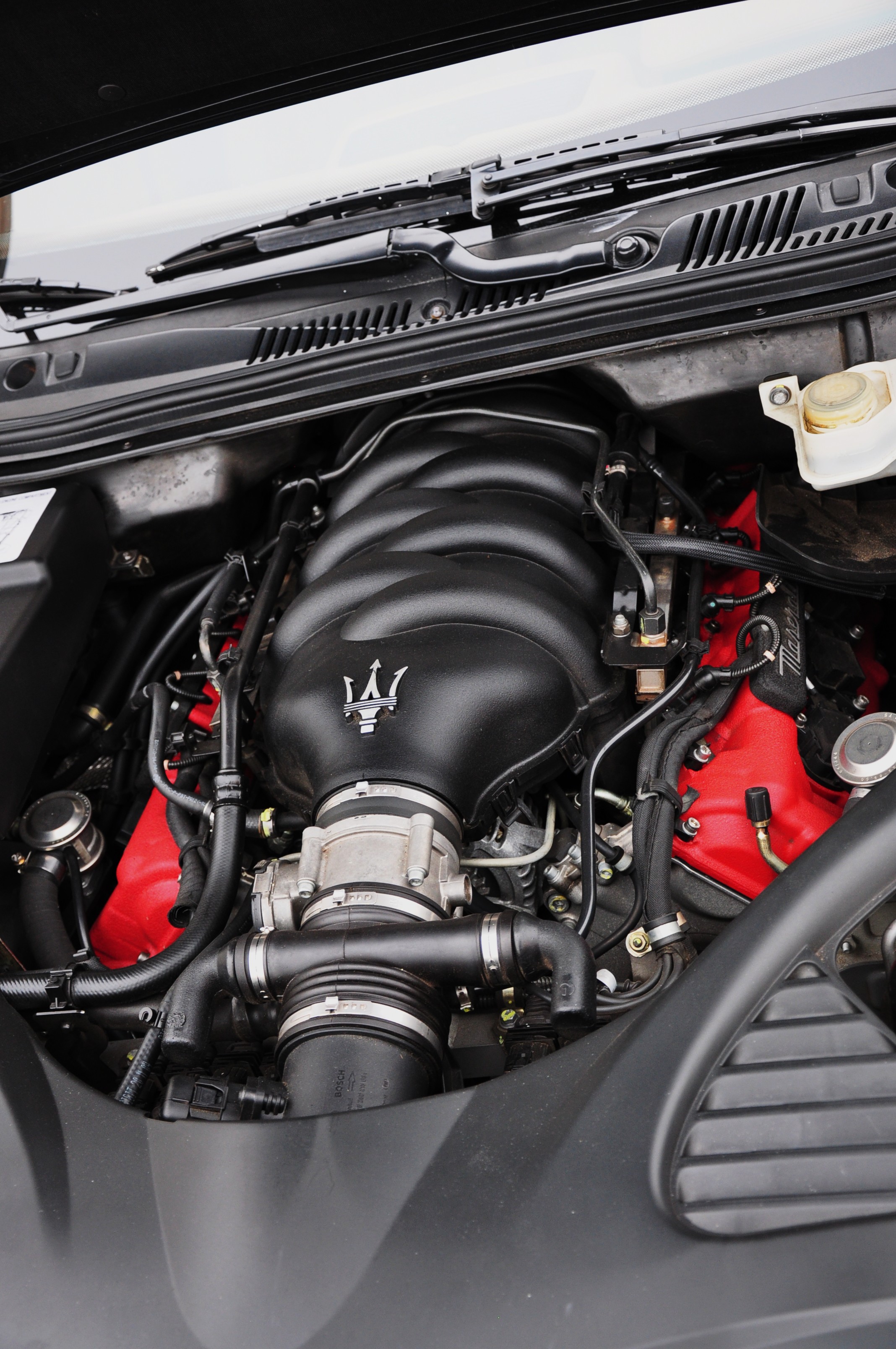 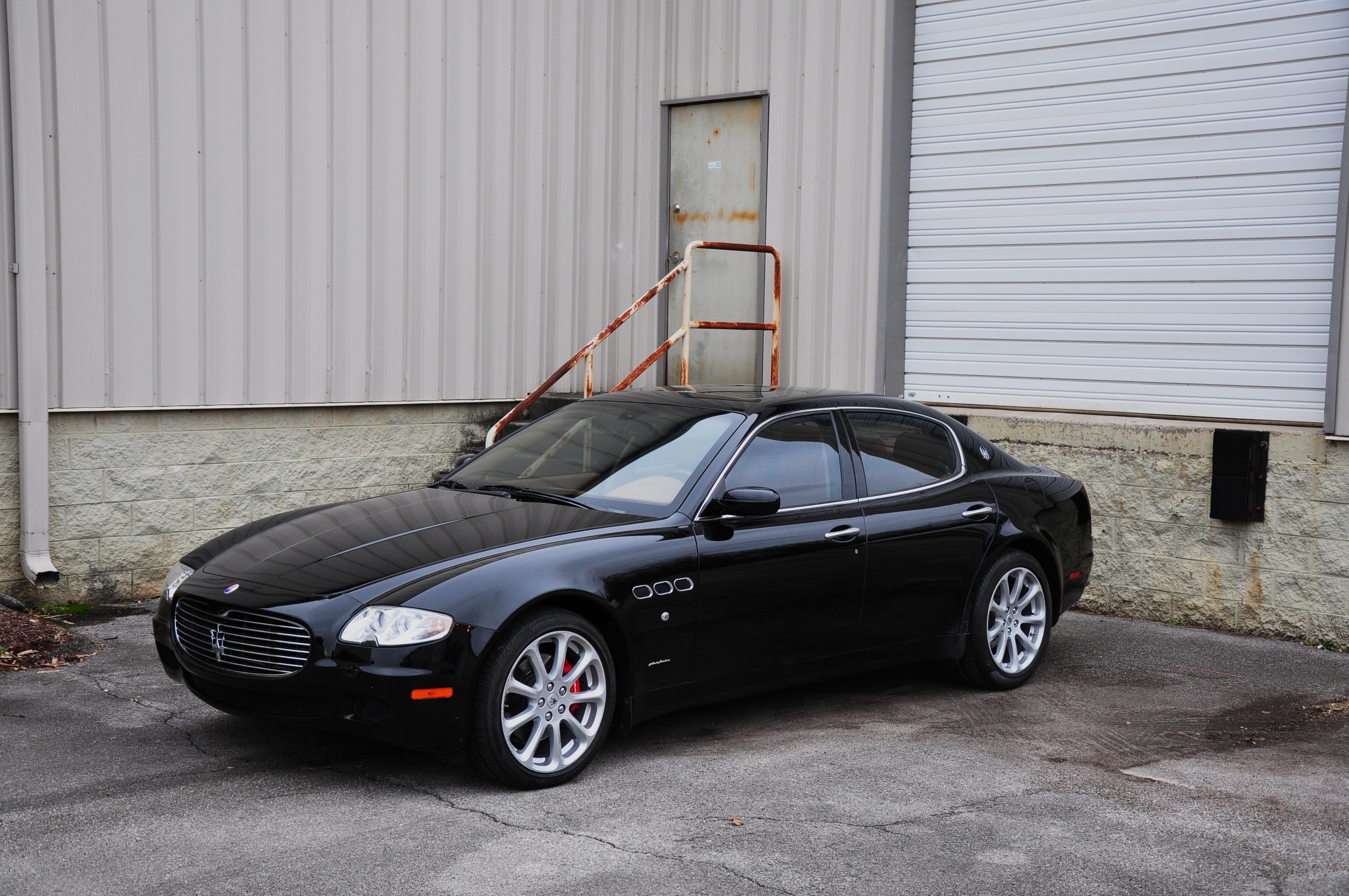